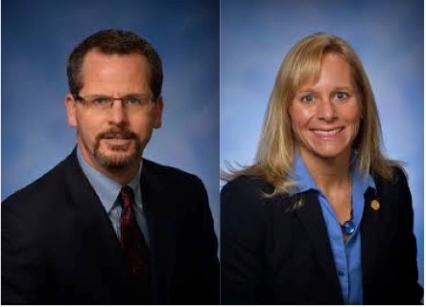 You have to admit.. Boy Michigan Voters.. you sure can pick em.. Good job.. now ask them what they spent your money on.. vacations, hotels, flowers, gifts? And you just thought their spouse’s were a bit stupid..

“State Rep. Todd Courser planned the distribution of a fictional email alleging he had sex with a male prostitute in a bid to conceal his relationship with Rep. Cindy Gamrat, according to audio recordings obtained by The Detroit News.
Courser, a Lapeer Republican, said on one recording the email was designed to create “a complete smear campaign” of exaggerated, false claims about him and Gamrat so a public revelation about the legislators’ relationship would seem “mild by comparison.””

I read this and I though, what was he thinking?

It would be okay for him to have an affair and having sex with another man, but not a woman..

Is his wife that blooming stupid?

Now, we know they spent tax payers money to cover their tracks.. So lets see what the female. tea bagger told her hubby.. nothing is listed..

but your not going to believe this part.. Head shaking time, eye rolling begins now..

“Like most of these tea party grifters, both ran on heavily religious themes, complaining about religious liberty, leading a fight to defund Planned Parenthood, and, of course, railing against marriage equality:”

Posted by mcgreggorsback on August 7, 2015 in Uncategorized